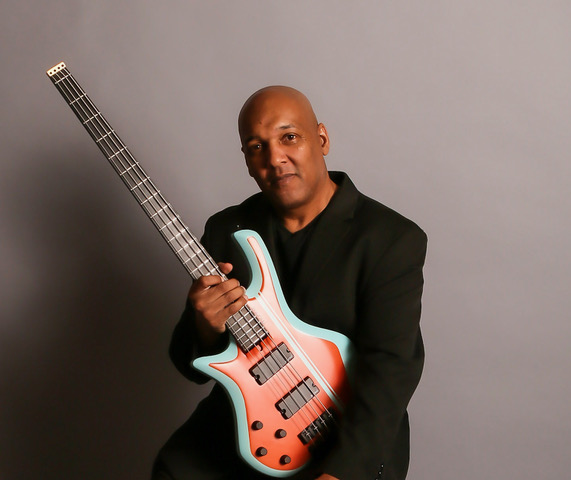 After being in a series of bands, White met up with Aaron Comess and participated in a group called Spade in 1988. This band was a mixture of funk and punk, highlighting White’s fast, finger-plucking bass style and Comess’s traditional jazz education from the New School for Jazz and Contemporary Music in New York City.

White quit Spade after a few months, but was asked to audition for a new opening in Trucking Company, a band originally started by John Popper. When Popper left to pursue his other band, Blues Traveler, Chris Barron (lead vocals) and Eric Schenkman (guitar, backing vocals) decided to continue Trucking Company with the addition of Aaron Comess, with whom they had studied at the New School.

White playing with Spin Doctors in 2017
However, during White’s audition, Trucking Company solidified into a much different style, in part because of White’s eclectic musical background. Schenkman came up with the name, Spin Doctors to represent their new combined sound.

White quit the Spin Doctors in 1999 and the bass tracks on Here Comes the Bride were completed by Comess. Soon after, the band stopped touring because Barron suffered from vocal fold paresis. In 2001, Barron and Schenkman put aside their differences for a one-time show at the historic venue the Wetlands before it closed permanently. White joined them for this reunion, which gradually turned into an unofficial reunion tour. This marked the beginning of the band’s reformation. The reunited Spin Doctors went on to release the albums Nice Talking to Me in 2005 and If the River Was Whiskey in 2013 through RuffNation Records. 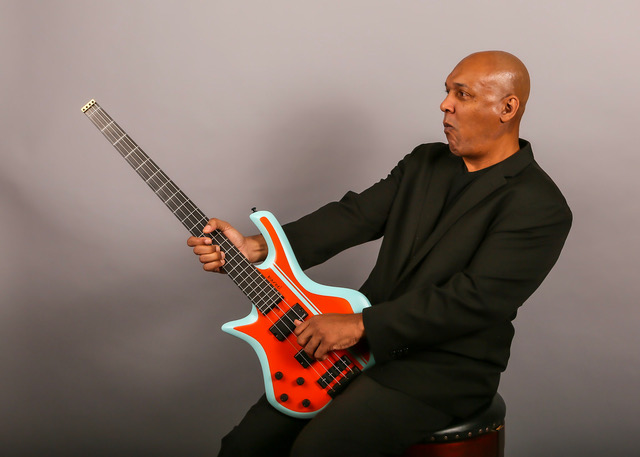